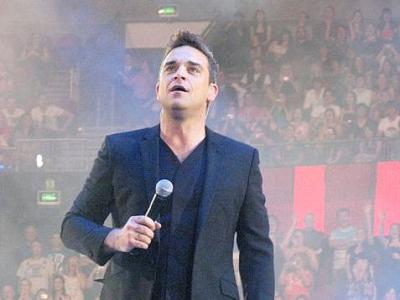 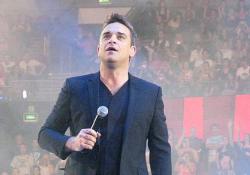 Robbie Williams is undisputedly one of the greatest musicians and entertainers of our time. In 2023, fans will have the opportunity to experience the exceptional talent live again. In spring 2023, the star will tour Europe as part of his "XXV Tour 2023 - 25 Years Of Hits".

Robbie Williams holds a world record in the Guinness Book for selling 1.6 million concert tickets in a single day. From boy-band teen heartthrob to solo mega-star, the Brit has sold more than 77 million records since leaving Take That, making him one of the world's most successful solo artists. With hits such as "Let Me Entertain You", "Millennium", "No Regrets", "Rock DJ", "Supreme", "Eternity" and "Feel", the Briton has become a celebrated and charismatic live performer. His shows on stages all over the world are legendary and promise entertainment from the first to the last second. For this very reason, his last tour through Europe was themed "Heavy Entertainment Show". All concerts were completely sold out within a few days.


Secure your Robbie Williams tickets now and experience the greatest entertainer of the music scene live on stage!

The singer, who was born in Stoke-on-Trent, England, in 1974, became famous through the British boy band Take That, which he joined at the tender age of 16. In the 1990s, the band was one of the most successful in the world and triggered an enormous hype, especially among teenagers. Due to growing discrepancies between Williams and his bandmates, Williams left the boy band in 1995 and from then on pursued a solo career. His debut album "Life Thru A Lense" sold slowly at first, but the single "Angels" was a huge success. The track sold over half a million copies and detached Williams from his image as a former boy band member.
To date, Williams has sold over ten million records. His released studio albums almost invariably reached number one in the UK charts and multiple platinum. But also in European countries such as Germany, Austria and Switzerland, the artist was regularly represented in the upper ranks of the charts. Robbie Williams toured Europe several times and played in sold-out halls. He sang unique duets with stars such as Nicole Kidman or Kylie Minogue, for example the hit track "Kids" . Robbie Williams' talent has been rewarded with numerous prizes and awards, including nine ECHO awards and 18 BRIT Awards, the only British artist to receive them. He was also inducted into the UK Music Hall Of Fame as an influential musician of the 1990s.
Williams repeatedly hit the headlines in the late 1990s and early 2000s. After leaving the band, his party, alcohol and drug escapades became more frequent. The move to Los Angeles and the admission to rehab initiated by Robbie's friend and singer Elton John on the one hand, and the relationship with his girlfriend Ayda Field on the other, with whom the singer has been together since 2007 and married since 2010, finally saved Robbie Williams from this excessive phase of his life. Williams has four children with the US actress.